With the onset of automation, organizations were quick to welcome it with open arms. Many were sold on how quick and easy it was supposed to be – implementing and operating RPA was promised to be so simple that anyone could do it! With that in mind, the Citizen Developer role was born. Unfortunately, this dream never transpired as RPA has proven too technical for the average user and requires properly trained developers in order to function.

However, by separating bot design from development, empowering your operations experts to design automations is well within the realm of possibility. By arming your team with some simple-to-use tools, these Citizen Designers can better optimize process automation to ensure the success of your company’s digital transformation. Keep reading to learn about the important distinction between Citizen Developers and Citizen Designers, and how you can adapt to the more efficient Citizen Designer role to scale your automation initiatives and see significantly better ROI.

What Is a Citizen Developer?

Initially, the Citizen Developer role was positioned as a regular business user that could develop and deploy complex bots without much technical skill. Early on, RPA platforms and tools were presented as being extremely easy to use and user-friendly. Due to how intuitive the RPA software was proposed to be, it was thought that any business user would be able to build bots and scale automation.

The truth is, RPA tools are too technical for the average business user, and this notion of a Citizen Developer simply doesn’t exist. In the instance of extremely simple attended bots built within low-code or no-code automation platforms, this role may potentially endure. But in order to achieve the true value of RPA, a Citizen Developer will never be able to unlock the ROI that lies in automating complex processes and building scalable automation programs. At the end of the day, RPA still needs someone with a high degree of technical knowledge in the realm of software development, methodology, and coding to close the loop.

Overall, the Citizen Developer role requires a professional with a highly-specialized skill-set, and finding someone who can master all of this is an unrealistic expectation. At Blueprint, we believe it’s time to lay this outdated approach to rest and replace it with a new, much more realistic role: the Citizen Designer.

How is the Citizen Designer Different?

Well, for starters, this role is entirely attainable and already exists! A Citizen Designer can be anyone within your organization who understands your business processes from the inside out.

These individuals can easily identify existing automation opportunities, prioritize them, and design the automation by defining the tasks and connecting their dependencies before handing it off to the developer. By implementing this approach, you’ll see quicker and more precise development that’s easier to scale and leads to greater ROI.

Overall, a Citizen Designer is responsible for RPA candidate identification, prioritization, optimization, and design. Anyone in your organization can assume this role if they’ve been given the right toolkit providing all the support they need. What they design can then be passed onto the RPA developers to create higher-quality and accelerated development, allowing everyone the opportunity to shine doing what they each do best to push the automation program forward. 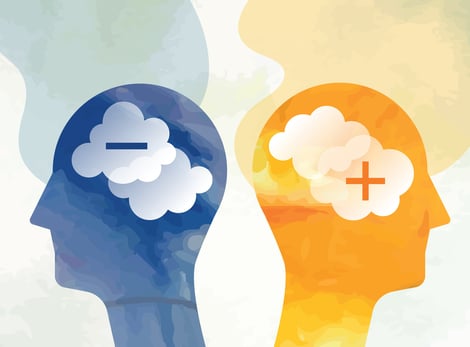 In summary, the notion of a Citizen Developer is unrealistic because of how technical RPA truly is. However, a Citizen Designer role is possible because they have all of the necessary process knowledge. As such, they can handle the less technical aspects of RPA like identifying processes, prioritization, and overall design to populate the automation pipeline and truly drive increased development and deployment.

Adapting to the Citizen Designer model is the most natural progression because these business users have the knowledge to provide precise and complete guidance for automation in the design phase. Overall, the Citizen Designer can accelerate development and deployment which is essential to any RPA program’s continued success.

Benefits of an Empowering Citizen Designers with Blueprint:

Blueprint’s Business Transformation Platform is a Citizen Designer's best friend. Our platform doesn’t require any technical expertise or lock you into a proprietary implementation model. It’s accessible, intuitive and collaborative, providing your business and operation experts with the tools they need to accelerate digital transformation, including:

Blueprint empowers your Citizen Designers, so they can avoid getting caught up with the technical complexity of coding, and instead focus on automating the processes that matter and deliver the most value. By simplifying the role of the Citizen Developer to instead reflect that of a Citizen Designer, your team can increase the number of automations created, and accelerate the overall growth of your RPA program.