Part 1 - The Impact, Benefits, and Value of Microsoft Power Automate as an RPA Platform

In this three-part blog series, we deep dive into Microsoft Power Automate - one of Blueprint's partners – and analyze what Microsoft's entrance into the RPA market means for the entire automation ecosystem.

Specifically, each part focuses on:

At the end of 2020, we predicted there would be a lot of maneuvering in the RPA space, whether it was through mergers and acquisitions or competitive account transitions.

As RPA programs continue to mature, account transitions and digital workforce migrations will become much more common. Companies are looking to capture the value from RPA they were promised by abandoning their existing automation vendors for a competitor.

Microsoft's free inclusion of Power Automate in Windows 10 to boost their market share and accelerate account transitions is a perfect example of what we predicted.

The Impact of Microsoft Power Automate's Entrance into the RPA Market

RPA is the fastest-growing enterprise software market, so it's only natural for a giant and powerful technology provider like Microsoft to get in on the action.

With Power Automate's free inclusion in Windows 10, the speculation was that Microsoft would aggressively corner the small- to medium-sized business (SMB) market. However, Microsoft's goals are no doubt much loftier, and the attention and interest they're getting from large enterprises is a testament to that.

When it comes down to it, Microsoft Power Automate's impact on the entire market will be a significant consolidation of market share that transcends the SMB category. There will be greater competition amongst the leading RPA vendors since:

With that being said, Microsoft Power Automate is already a robust RPA platform with a long list of benefits.

The Benefits and Value of Microsoft Power Automate

The benefits of Microsoft Power Automate can be grouped into three appealing categories:

From a pricing standpoint, Microsoft Power Automate is far less expensive than other RPA platforms. Power Automate enables you to reduce operating costs by replacing third-party BPM tools and other expensive automation technologies while leveraging Microsoft's entire ecosystem of tools.

This also leads us to the next benefit—the ease with which Power Automate can slide into your existing enterprise architecture.

How RPA fits into an organization's enterprise architecture and how it will interact with legacy systems is a significant component of any automation implementation. Microsoft Power Automate eases this interplay by reducing costs and enabling more fluid automation opportunities at the same time.

Because Microsoft has so many different products and services already intertwined with every enterprise and business, Power Automate is an ideal option for the countless organizations already using Azure servers, Office 365, and SharePoint.

Not only does Power Automate slide in seamlessly with existing architecture, but there is significant extensibility that is available as well. For example, you can extend SharePoint's online capabilities using Azure Cognitive, machine learning, and Microsoft's AI services.

Power Automate's capabilities become even more pronounced when you consider how it enables organizations to take full advantage of the Office 365 ecosystem by enabling the citizen developer.

RPA initially targeted the citizen developer as the persona that would build and drive automation across the organization. This has yet to materialize as the ease of RPA implementation and execution was oversold, and has turned out to be a lot more technical than originally positioned. But this has the potential to change with Microsoft Power Automate.

Even though it’s one of the more technical of Microsoft's offerings, Power Automate Desktop still leverages drag and drop functionality to enable a simplified approach of building scripts for automation in a step-by-step textual-based canvas.

Interested in learning even more? Then listen to our recent podcast where a panel of automation experts discussed all things RPA migration, including: 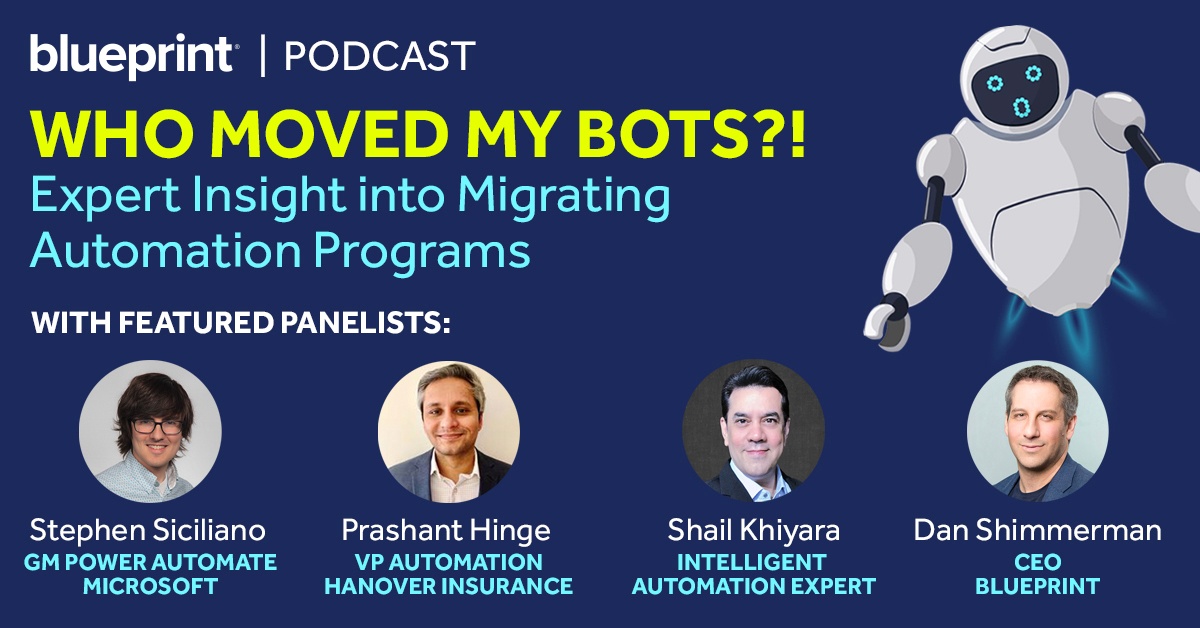